Tickenham Garage have seen a rising number of cars with DPF faults, with the most common cause being the filter has become blocked with soot particles.  The DPF acts as a nappy and catches harmful soot particles from the engine and needs to be cleansed every 300 or so miles. Many cars will go into what’s known as an active regeneration process, active regeneration will only take place when the vehicle is up to operating temperature and driven ideally on motorways or A roads when the vehicle is above 2000 rpm and speeds greater than 40 mph.

Vehicles that are driven mostly around town and in city’s can develop problems with the DPF, as the engine becomes clogged with carbon deposits. This means the fuel injected into the engine does not burn efficiently; causing more soot particles to enter the DPF.  We advise people that own diesel engine vehicles fitted with a DPF to have regular motorway trips so that the engine can clean itself out.

If a vehicle’s engine is not burning the fuel efficiently, damage to the DPF and premature failure can occur. We have seen vehicles with mileages of 30000 with blocked DPF’s because of driving style.

There are some companies out there offering consumers different solutions to DPF faults, it is illegal to remove a DPF from a vehicle and can now result in a MOT failure if the DPF has been removed.

Tickenham Garage are pleased to offer a solution and have invested heavily in equipment to clean your DPF & engine without having to remove it from the vehicle, saving customers money on labour charges for diagnosing and replacing a DPF.

Readers can receive 10% off DPF services by quoting ONL10MA when contacting our servicing team. 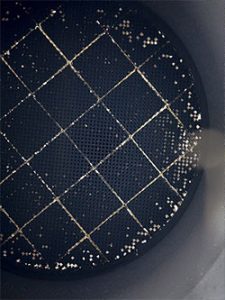 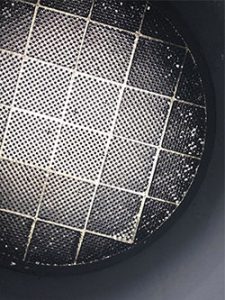 Showing before and after DPF Cleaning has taken place.